UPDATE: The date below is wrong as it has been changed to September [date to be confirmed] to allow for the return of the student population.
Barry is doing a signing in the Dublin shop on Sat August 20th.
Following on from the news that Barry Keegan will be in Sub City Dublin to do a League of Volunteers signing on August 20th, he has now revealed that the following week on the 27th, both himself and Atomic Diner chief Rob Curley will be in the Galway Sub City to do another League signing from 1pm to 4pm. 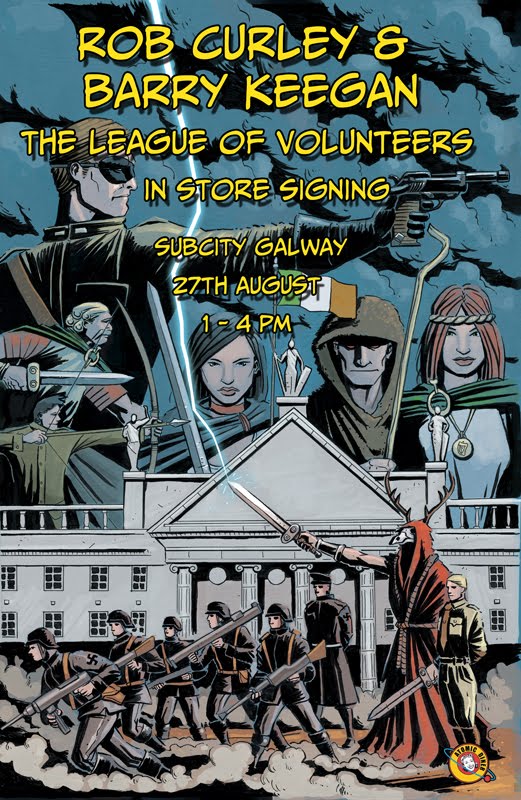