Over on his Bennessy blog, Ben Hennessy has shown another new style of drawing. You can check out the awesome looking piece below after I’ll let him explain:
“Here is Cuchulainn. I freakin Love Cuchulainn! I’ve been drawing him and reading about him since before I can remember. But I’ve never drawn him like this. Actually before I drew this I would have thought it to be near blasphemy to produce something like this about Cuchulainn. Well here we are, the piece is finished and I actually kinda like it, so it cant be that blasphemous.
My original idea about this was to have a close up on him sitting down with “Gae Bolga” ingraved into his gun.  Gae Bolga was the name of his spear,  it was a weapon that pretty much killed whoever and smashed through whatever got in its way.  I really wanted to involve it in my painting and since I’ve been looking at a load of Ashley Wood lately I thought what a better way to involve it than as a big honking robot. And with the Ashley Wood influence so to came the Steampunk style” 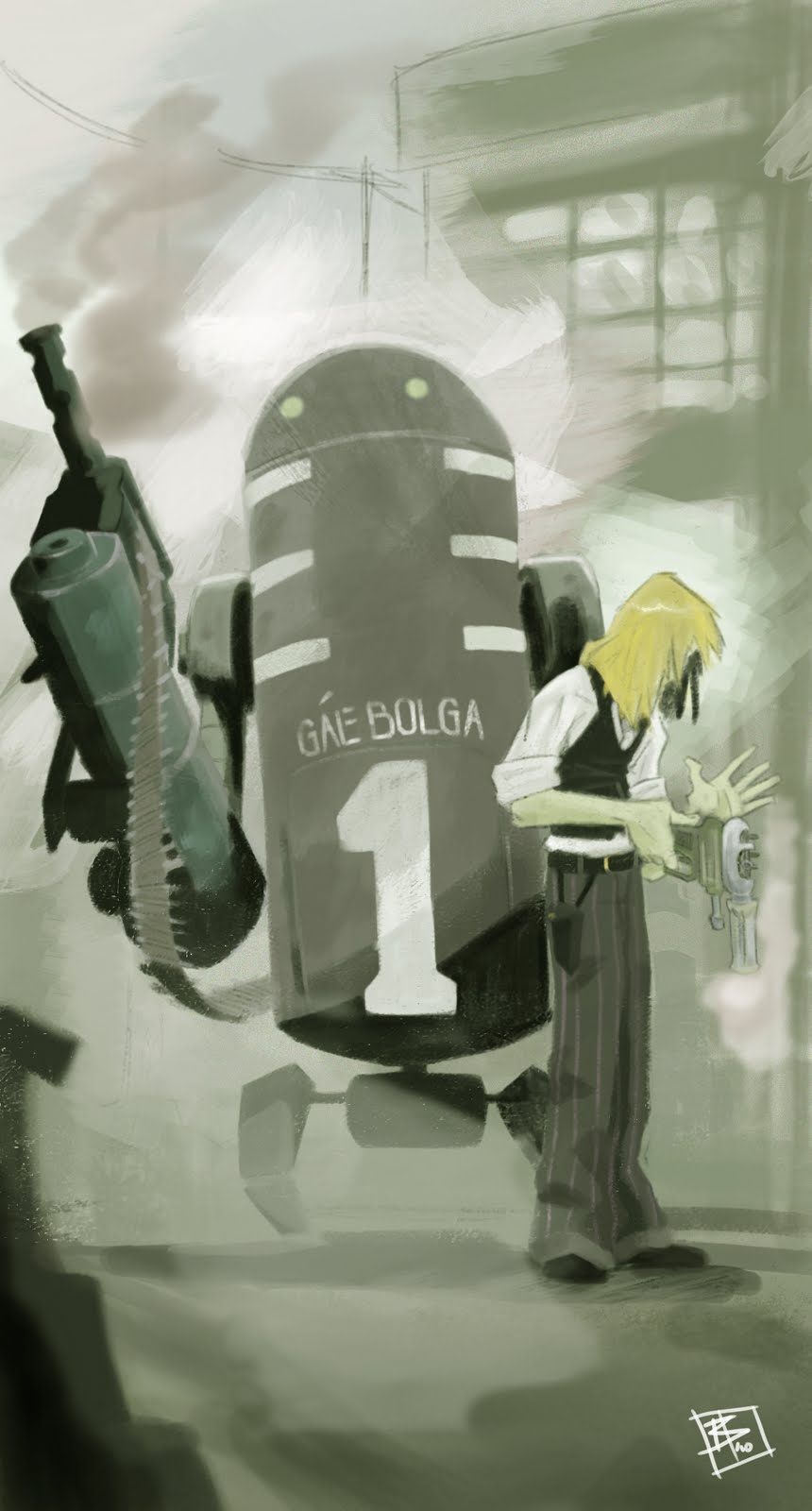