Via a BOOM! Studios press release, a Declan Shalvey New York Comic Con variant cover to new book ‘Key of Z. Read the release below and beyond that for the cover itself and look for ‘Key of Z’ in shops October 19th.
“Claudio Sanchez, creator and writer of THE AMORY WARS and KILL AUDIO, proudly debuts his latest book, KEY OF Z, at this year’s New York Comic Con (NYCC) on October 13th through 16th at the Javits Center in New York, NY, where Sanchez serves as a special guest of the show.
With art by Aaron Kuder (THE AMORY WARS), writers Claudio Sanchez and Chondra Echert bring a deadly new vision of New York City in KEY OF Z. The zombie apocalypse has transformed the city into two separate battle-hardened fiefdoms. Nick Ewing is left to survive while seeking revenge on those responsible for the death of his family – the warring gangs residing in The Big Apple’s most illustrious athletic houses.  Ewing stumbles upon a sentimental artifact from his past that imbues him with surprising power. Find out what happens when he discovers the KEY OF Z.
This #1 features a stunning NYCC-exclusive cover by Declan Shalvey (28 DAYS LATER, THUNDERBOLTS). KEY OF Z will be in stores October 19th, with cover art by Nathan Fox (FLORESCENT BLACK) and look for a special incentive cover by Tony Moore (THE WALKING DEAD).” 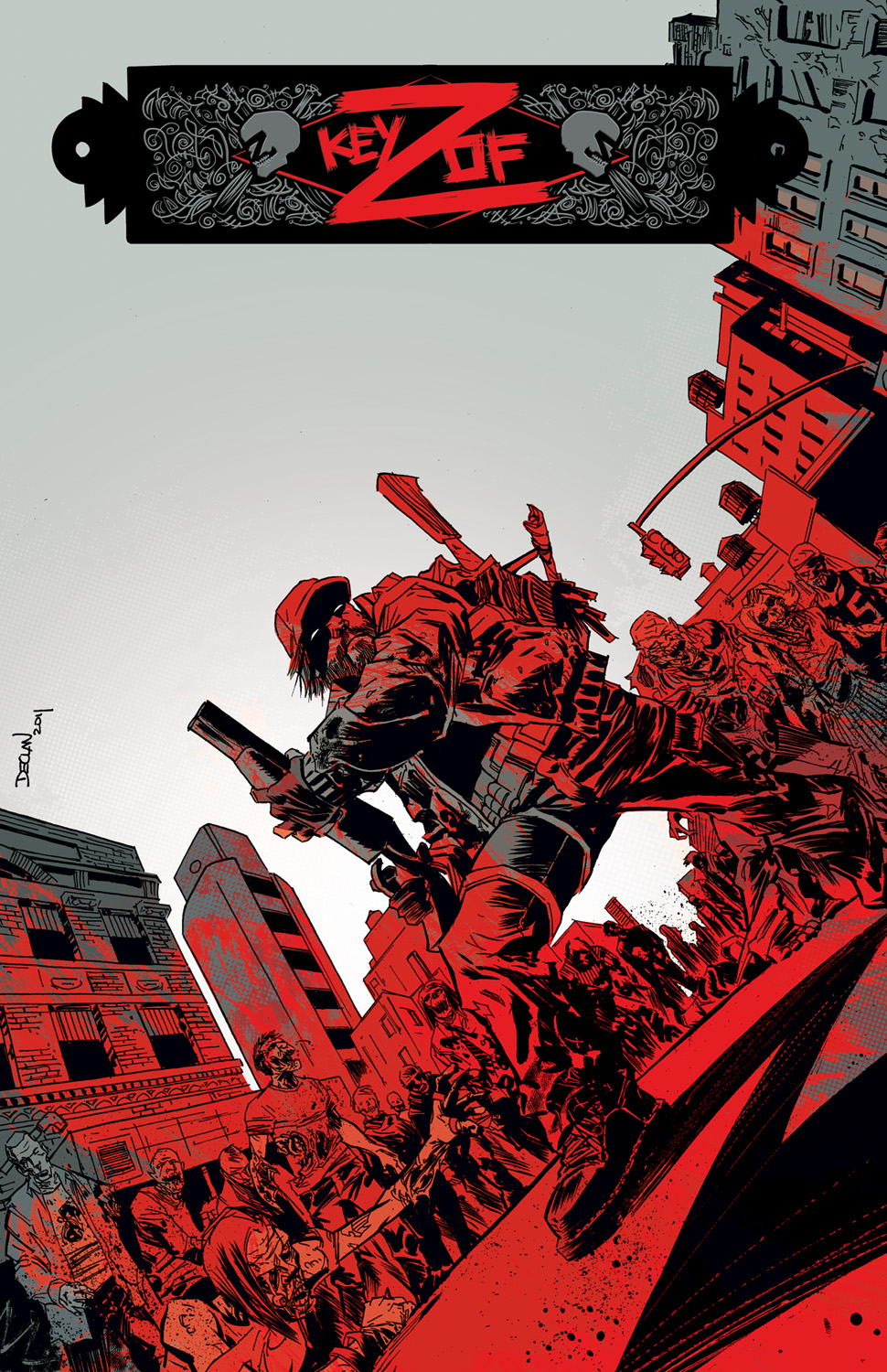