Artist Ben Hennessy has reported via his blog that he is moving forward ona project that he has vowed to finish alongside writer Eamonn O’Neill, whose upcoming book ‘Milligrams’ has just had its first fraft completed.
Hennessy also showed on the blog the first page of art which you can see below and as he described it: “What we see here is Jim, a detective based in Dublin and Skull Boy, a person that only Jim can see and interact with. The story begins with a pretty major event in Jim’s life, he’s just had to shoot a young boy in order to stop the him from blowing up himself and everyone else in and around the school. The story follows Jim as he tries to get over the whole situation, while dealing with an extremely violent group of ‘soldiers’. I’m being vague on purpose, I’ll sell it better when I have more to show.” 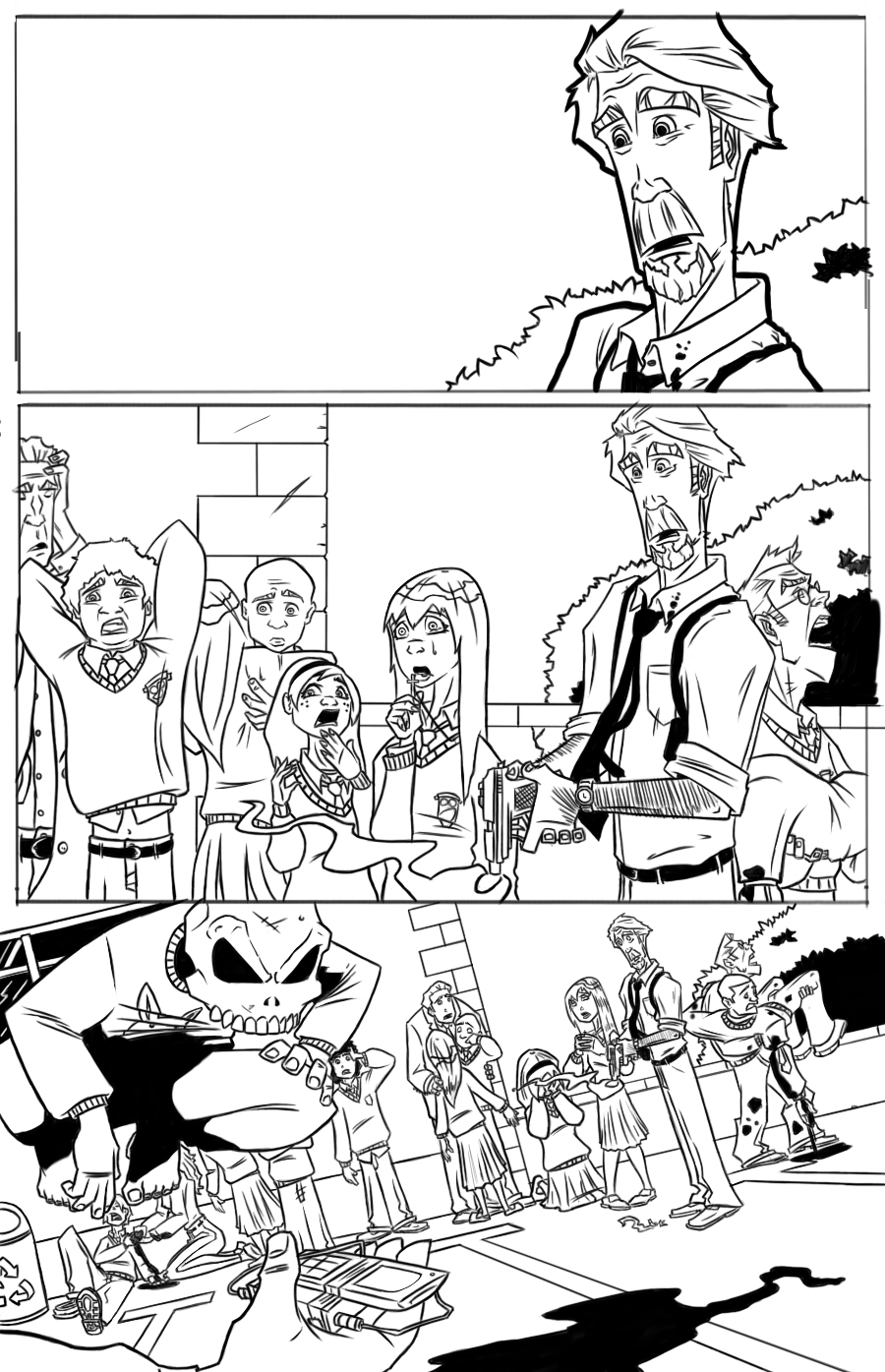