Will Sliney’s debut on Pigs #4 hits next Wednesday on the flashback scenes in the issue. Take a look below for an advance review of the issue and below that for a five page preview of the book. Please note that the preview is for mature audiances only.
PIGS #4 (Cover Date: December 2011)
Story by: Nate Cosby & Ben McCool
Art by: Breno Temura & Will Sliney
Colours by: Christopher Sotomayor & Donna Gregory
Letters by: Rus Wooten
Cover by: Becky Cloonan
Publisher: Image Comics
Cover Price: $2.99
Book Summery: Kill…or your best friends will murder you. What do you do? The stunning end of the first arc of PIGS by NATE COSBY (Jim Henson’s Storyteller), BEN McCOOL (MEMOIR, CHOKER) & BRENO TAMURA.

This is the last issue of the first arc and what a first arc it has been. Cosby and Mc Cool have formed this amazing story that I just can’t get enough of. As the build up to the groups first tactical movement came to a head last issue, we now see the culmination of the event and the lengths that they will go to achieve their mission albeit without the full confidence of everyone present namely Felix.

Senator Rocky Collins is the unfortunate victim of the opening scene where he is being ‘coerced’ into giving the information that the group needs to move forward but the dynamic of the group is beginning to crumble following the cracks that have been present since Felix was forced into following the group under threat of violence against his family. The point of Felix being trained to be with the group since being a child has been explored in detail in flashbacks throughout the run so far and that continues here with some of the best written scenes yet. There is a great scene that takes place in 1992 Cuba where we see Felix, the target of what appears to be a race crime. His aggressors of course fail to realize that he is a skilled fighter at his young age following the tutelage of his elders on the island and delivers street justice after duping the other kids into a false sense of security with the help of Alek. Unfortunately for him and his co-aggressor, later in the book, they suffer the consequences of their actions rather brutally at the hands of their elders in the secretive group.
The name of the chapter ‘Sixteen’ takes on special significance with several references in the issue to the number that bears huge significance to important plot points past and present. This is an exciting multilayered tale that is, for me anyhow, one of the top five reads on the shelves right now from any company.
Series regular artist Breno Tamura is joined here by former Farscape artist Will Sliney. Sliney takes care of the flashback scenes with some nice fighting choreography in the issue and its consequences after. It was cool to see some range from him following his work on space books in Farscape and Star Wars. Tamura on the other hand sees his visuals take a much darker look especially in the opening of the book with the scenes featuring the Senator. Tamura does a good job of making his pages full of detail with a nice ‘The Usual Suspects’ style breaking of the coffee mug with the twist at the end that had me smiling.
Now that the initial arc is done, the final scene in the issue left a couple of questions dangling to be answered including what happened exactly to he president. I won’t spoil the ending but the fate of the group is tantalizing and what happens to them including the sympathetic Felix means that there is a whole lot of life in this book yet. 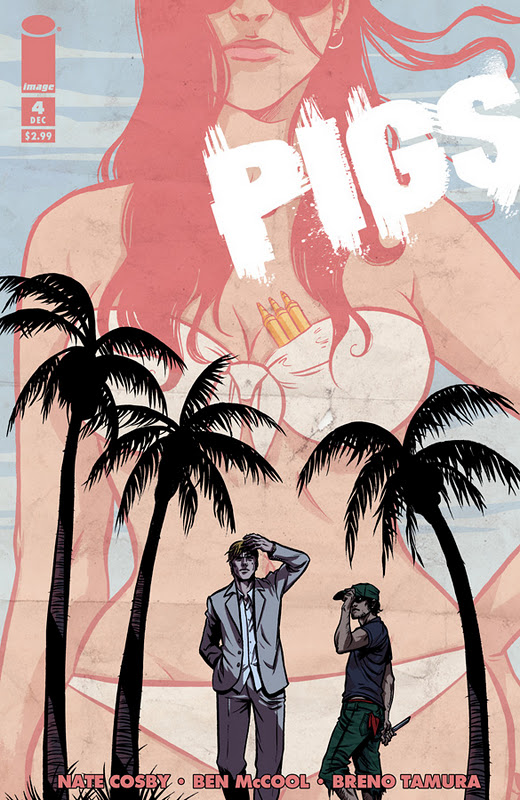 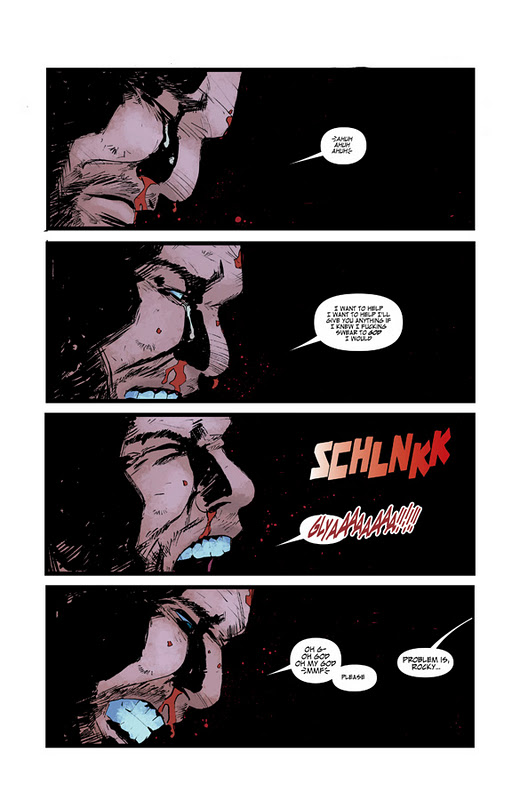 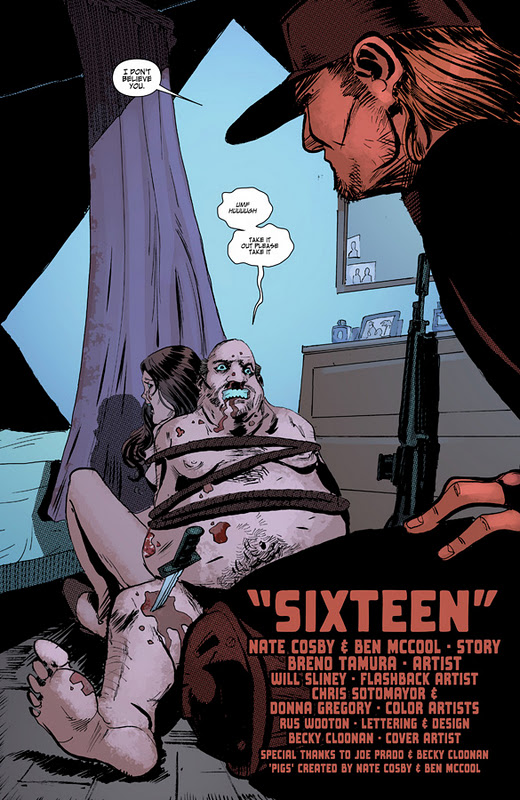 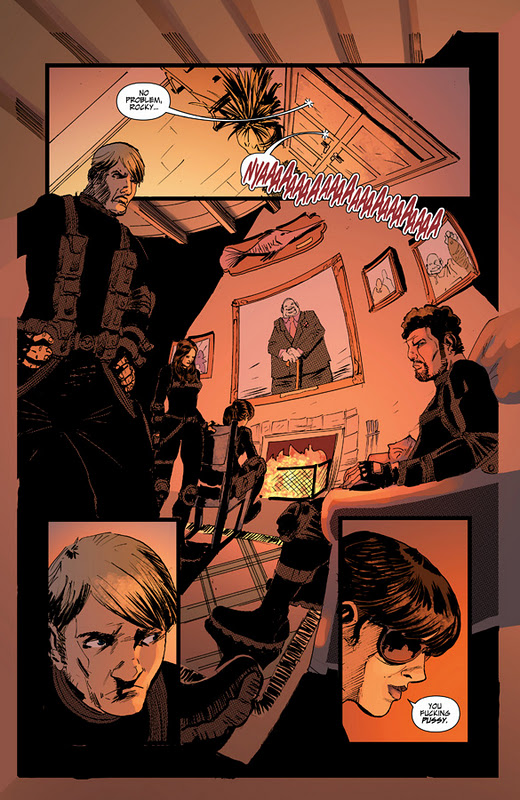 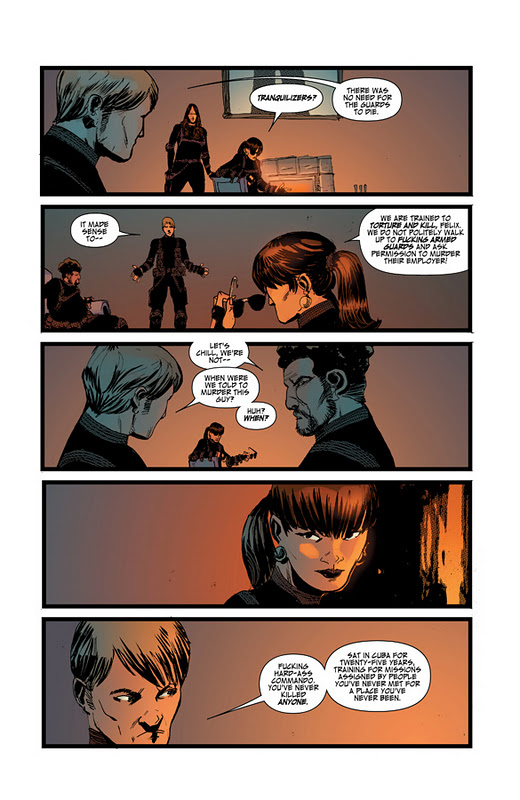