Classical Comics long long in production graphic novel Sweeney Todd is now fully coloured and the release date is now one step nearer. The Classical Comics web site still lists the release date as March 2012 and that hasn’t changed in a while. Take a look below for the pencilled cover to the book from Declan Shalvey who has the interior art long completed and also for book information.
This is a project about three years in the making and will mark Shalvey’s second book wih Classical Comics following his work on the Frankenstein graphic novel from several years ago.

Sweeney Todd
The String of Pearls: A Romance
(Anonymous)

“Oh! to be sure, he came here,
and I shaved him and polished him off”

No one knows for sure if Sweeney Todd actually existed – but this story, taken from a serialisation in a Penny Dreadful from 1846, was the first official record of the terrible crimes committed by the Demon Barber of Fleet Street.

Gory? No! What’s particularly good about this adaptation is that none of the horror is to be seen – making this a truly wonderful version of a brilliant book. 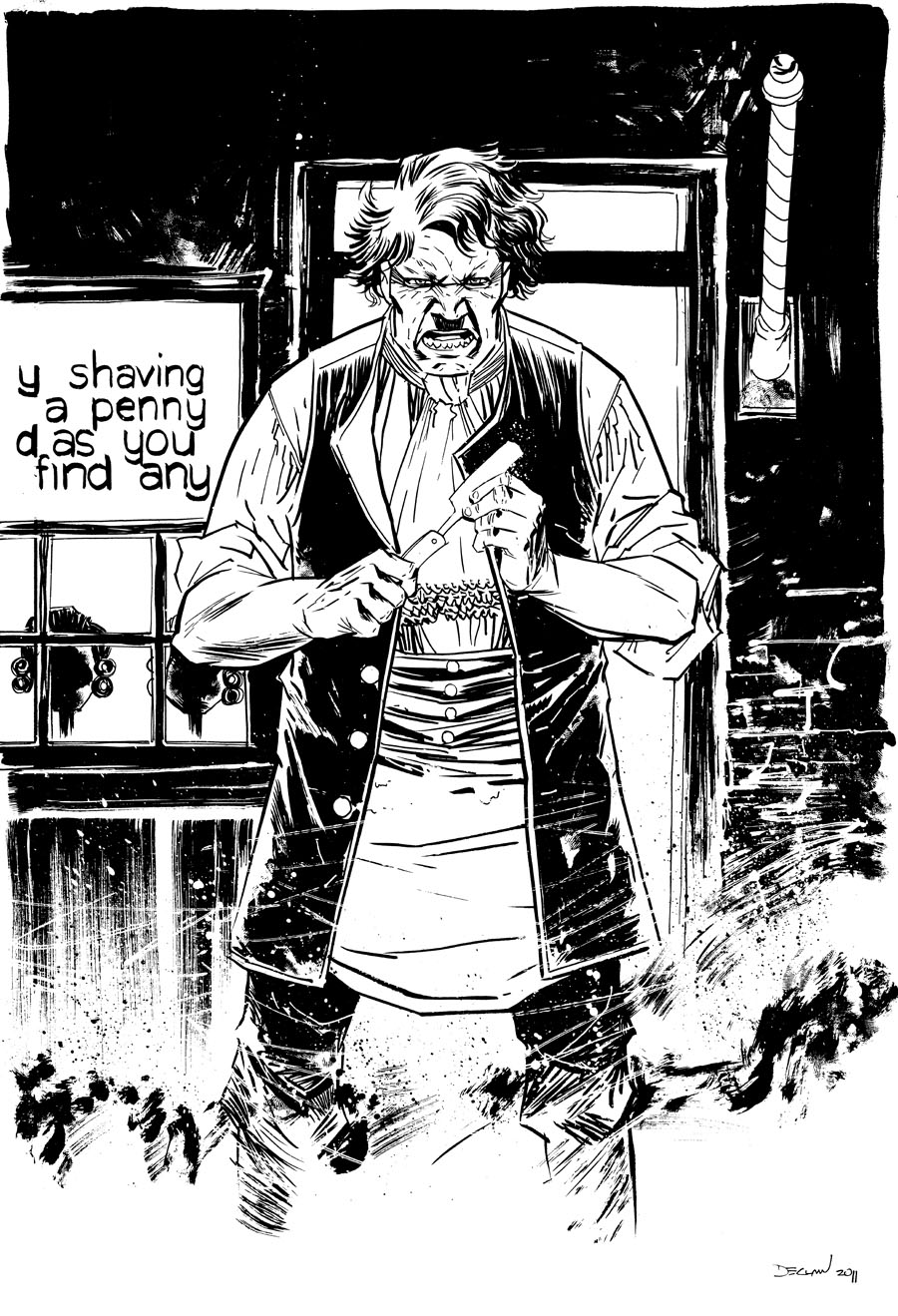