Apparently Artists contributor NaomiBomb (Naomi Bolger) has posted her version on K-On to the art blog. K-On, if you don’t know is a Japanese four-panel comic strip manga written and illustrated by Kakifly and a film adaptation was released in Japan last December. The title of the series comes from the Japanese word for light music. Take a look below at the piece.
http://phaihluresart.blogspot.com/ 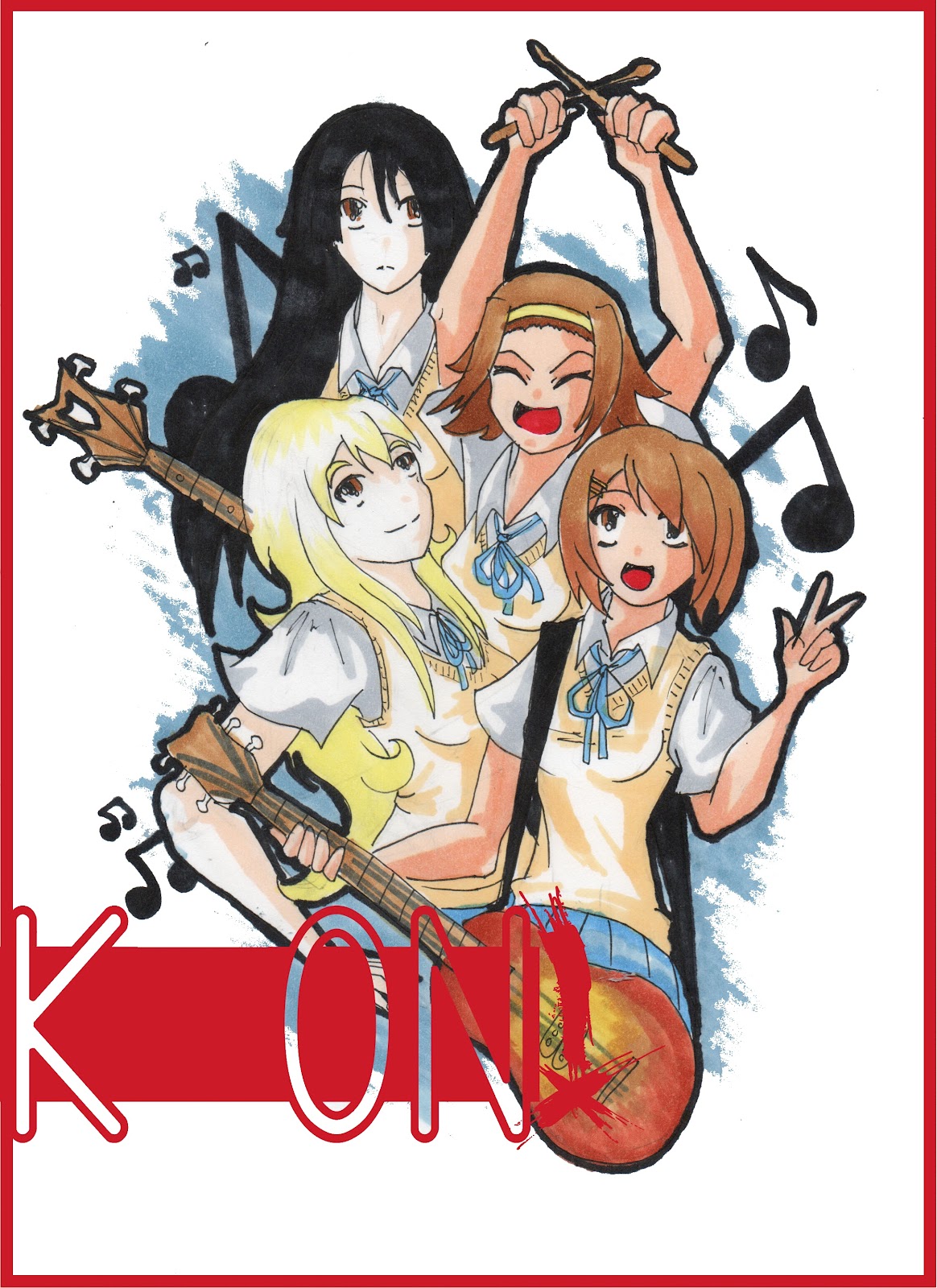