As teased on ICN before (http://www.irishcomicnews.com/2012/05/art-the-helix-concept-art-from-naomi-bolger-ryan-oconnor/) The Helix from creators Naomi Bolger and Ryan O’Connor is finally about to hit this weekend at Arcade Con. Described on the books Facebook fan page as ‘A comedic and generally irreverent series regarding a group of superpowered teenagers who find themselves drawn into a team and fighting crime. Shenanigans ensue’, you can take a look at some interior art that appeared on the Sketch Paddys blog recently below. 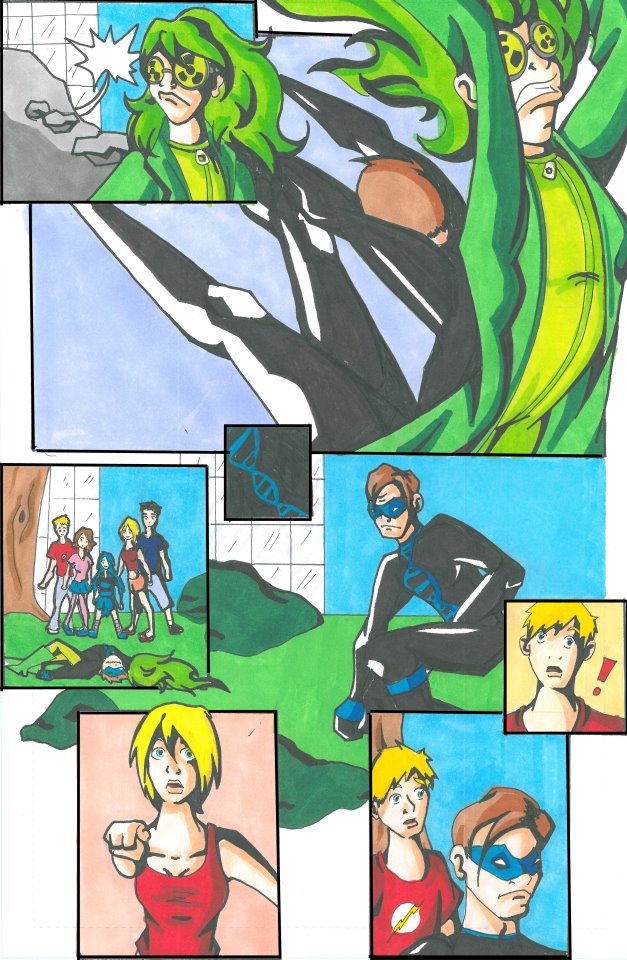