NEWS: Declan Shalvey To Continue On Venom With Issues Written By Cullen Bunn

It was announced at last weekends Comic Con International in San Diego that Declan Shalvey will continue on Venom with issues #26 & #27. The two issues written by Cullen Bunn (The Damned, Six Gun, Superman/Batman) will form a part of the 6 part Minimum Carnage cross over that will be taking place later this year.
Shalvey will be drawing Rick Remender’s final issue in his run on Venom with #22 which will go on sale in August. Bunn has been credited on the book as a co-writer for several issues since #17 before taking over the book full time with issue 23.
The first issue of the Minimum Carnage tie in featuring Shalvey goes on sale in October. 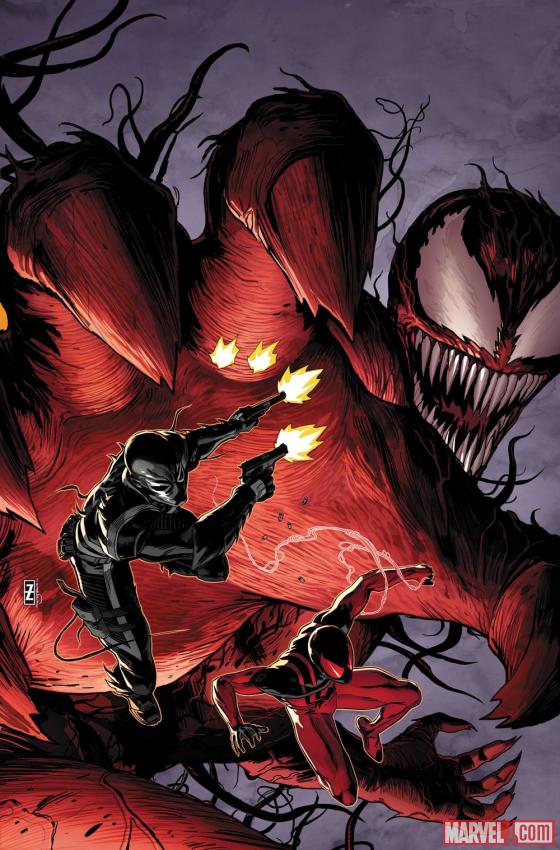