All  of us here at ICN HQ would like to thank each and every person who took the time to vote in this years ICNA’s. The vote total was up by nearly 15% on last years total and it played a part in making this years awards the most diverse yet. This wouldn’t be possible without the public and we would like you to know we appreciate your continuing support that we get here at ICN. To those who did not pick up an award this year, know that your passion in making comics is what drives this burgeoning industry forward in Ireland and in that sense there are no losers.

Now down to the business end of things. And the winners are…….

Naomi is the artist on The Helix which debuted earlier this year. The second issue went on sale recently. A native of Kildare, Naomi has studied at Ballyfermot College and been known to dress up as Harley Quinn from time to time.
www.facebook.com/TheHelixComic

Alan’s book The Ghost of Shandon was received with acclaim in August and the great story was recognised by the voting public with this win. Corbett also does art classes and has had his work displayed in a public exhibition.
www.theravenswork.com/

Declan had a diverse year where his star rose fast. With work at Vertigo, Dark Horse, Marvel and cover work at BOOM! Declan was very front and centre and that was reflected by his win in this category.
http://dshalv.blogspot.ie/

Alan had a stellar year at O’Brien Press. His run of Murder Can Be Fatal series of books were backed up by a nationwide tour of libraries and bookshops for a series of workshops. This is Alan’s second ICNA.
http://alannolan.ie/

Described as a “generally irreverent series regarding a group of superpowered teenagers who find themselves drawn into a team and fighting crime. Shenanigans ensue.” This new arrival on the scene in 2012 landed with a bang and was a hit with voters.
http://naomibomb.bigcartel.com/product/the-helix-comic

The debut title from Abandoned Comics landed this prize on the back of a number of critical rave reviews and it hit the spot with voters. Co-written by Martin Greene and Mike Lynch and art by Paul McCallan on issue one and Anthony O’Neill on issue two was a popular choice.

Uproar Comics flagship title has had a regular schedule throughout 2012 and was a runaway hit with readers and voters alike. Its mix of prose and backs to the wall action was as compelling and entertaining as any book on the shelves.
http://www.uproarcomics.co.uk/ 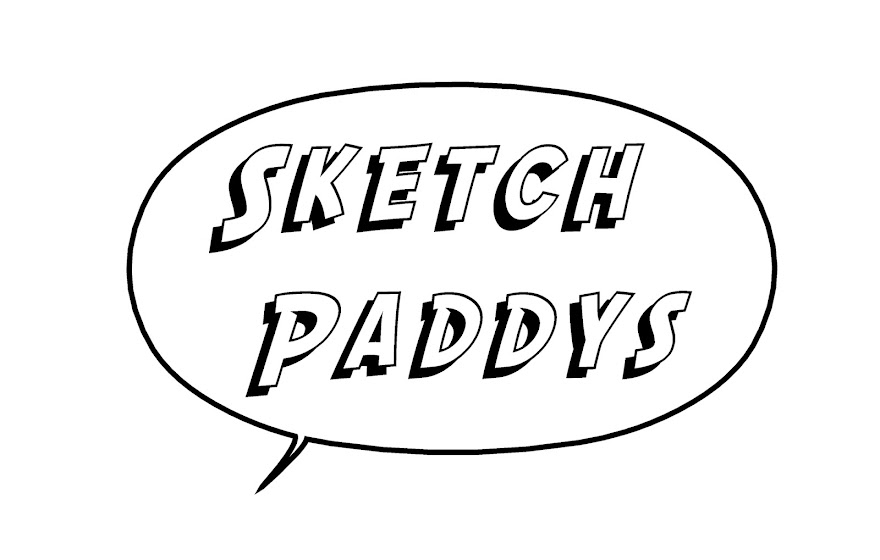 Sketch Paddys is the weekly sketch blog of artists Cormac Hughes, Robert Carey, Ger Hankey, Tommie Kelly, Kevin Weldon and new Best Indy Artist Naomi Bolger. Up against some stiff competition this was a close but deserved win for the group.
http://sketchpaddys.blogspot.ie/

The host shop of this years DICE con in September has been receiving plaudits from a wide array of customers for both service and product. In a year that saw a big time professional convention return to these shores The Big Bang stood out from the crowd.
http://thebigbang.ie/

A double award for the guys from Abandoned Comics is rounded off with the prestigious award of Overall Best Irish Comic. The two issue mini series may have ended but it struck a chord with the voters.
http://www.abandonedcomics.com/

From their site: “Graham, Wayne and Darren form the Irish Pubcast, Three Irish Nerds getting their drink on and cursing their way through geek tangents of the booze-fuelled variety. They pull no punches and aren’t afraid to speak their booze-frazzled minds. So pull up a bar stool and pour yourself a drink… this is Pubcast!” Nuff said!
http://www.geekplanetonline.com/index.php?option=com_k2&view=itemlist&task=category&id=125:the-pubcast&Itemid=213

Declan is the second member of the Irish comics fraternity to be inducted into the Irish Comics Hall of Fame following in the footsteps of inaugural winner Garth Ennis last year. With a growing back catalogue from the biggest mainstream companies, Shalvey has attracted a loyal audience who have voted him in to the Hall of Fame with his second award ths year. 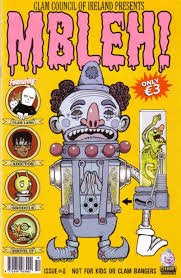 For the second year running the godfather of Irish comics Bob Byrne is the recipient of the Hall of Fame Comic award following on from Mr. Amperduke last year. Mbleh! was an anthology of short comics stories by Byrne and it ran for three issues in 2002-2003. It was a notable book in Irish comics history as it was the first comic from Ireland to be distributed by Diamond.