Dublin-born artist Mike Hubbard had a long career in British comics, one of the highlights of which was his full-colour adaptation of H. Rider Haggard’s King Solomon’s Mines in Ranger in 1965 (sample page above). Now, Steve Holland, the internet’s leading historian of British comics, has reprinted it in a handsome new edition, with a cover by Don Lawrence, available from Bear Alley Books for £9.99 plus postage. Also available, Scottish artist John Millar Watt’s adaptation of Treasure Island from the same magazine. 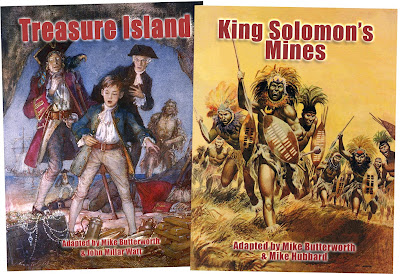